According to a recent article in the Wall Street Journal, the audiobook industry is exploding. If you’re an independent author self-publishing your novels, you may also be producing your own audiobooks, and if you are, you know how difficult it can be to select the right narrator.

In the past, I’ve had audio rights retained and sold by my publishers, so I had no creative input whatsoever into the selection of the narrator, or the direction he or she received. The upside is that I didn’t have to worry about it or invest any time. I simply took the advance check and eventually the audiobooks turned up at the retailers.

Now I’m publishing some audiobooks independently, and I’ve chosen to tackle this new beast on my own, because frankly, as someone who enjoys film and theater—and respects the talent and craft of actors—it’s a whole lot of fun.

I’m not going to address the issue of rights and royalties and all those other financial issues that come into play when deciding whether or not to sell your rights or do your own audiobooks. This blog is all about the creative side. Assuming you’ve already decided to drive this bus on your own, how do you choose the right narrator for the project? 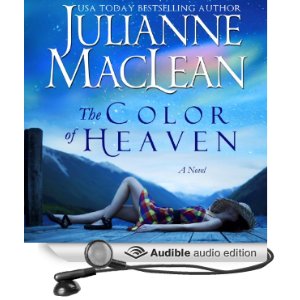 I won’t lie. It’s a lot harder than it sounds. When I invited auditions for THE COLOR OF HEAVEN, I received dozens, and listened to every single one of them. Often I knew in the first five seconds if someone wasn’t right for the part. As the author, I know my characters, and I know how I want them to sound.

I blogged about my choice of a narrator here and here she is. Her name is Jennifer O’Donnell and she did a terrific job. I liked her so much I used her again for my next audiobook THE COLOR OF DESTINY. 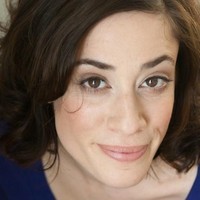 But there’s more to consider than mere talent and the right voice. There is another important factor as well: the narrator’s popularity and backlist. In the film world, they call it bankability.

If you hire a narrator who has 50 books on his Audible.com page–better yet, bestselling books that are in your genre–you increase your chances of discoverability, because listeners who enjoy that narrator might click on his or her name to see what else he’s done. A bestselling audiobook is going to attract a lot of attention. Wouldn’t you like to show up on the same page as The Hunger Games if you write in a similar genre?

Let’s compare it to the film industry. As an example, look at Tom Cruise as Jack Reacher. There was some controversy that he wasn’t right for the part because he wasn’t tall enough, or whatever. But let’s face it. He’s Tom Cruise. He’s an A-lister, and he has box office mojo. Who cares if he’s not exactly what the author, or readers of the series, had envisioned? He has incredible screen presence and a giant fan base. He makes headlines. There was a built-in, high-speed engine already in place to drive the promotion and success of that film.

The narrator I chose for THE COLOR OF HEAVEN was perfect for the part, but I took note of the fact that she had narrated some books for Hugh Howey. His books are not in the same genre as mine, but Mr. Howey is a high profile writer; he has a giant readership, so that was a strike in the narrator’s favor. She has also done some books for HM Ward, another bestselling author. 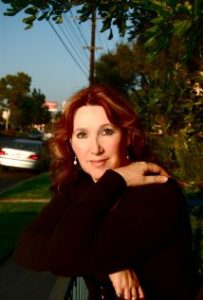 For my Pembroke Palace series, which required a narrator with a British accent, I went with Rosalyn Landor, a gifted and experienced narrator with a large following. She has performed historicals by Julia Quinn, Lisa Kleypas, and Courtney Milan, so she brings her own star status to the table.

So what’s more important? The right voice, or the popularity and career wingspan of the narrator?

You, as an author, should consider that concept when you select your narrator. Certainly, give importance to what you envisioned when you wrote your book, and what your readers might envision, but also consider: does the narrator have fans and great reviews on Audible.com?

Remember also that your audiobook audience is not going to be the same as your regular ebook or print readership. There may be some crossover, but for the most part, it’s a whole different animal–at least it is today, in 2014. Eventually that may change as readers tap into the Whispersync technology, which allows them to switch back and forth between the ebook and the audiobook. But for now, treat it as new territory. If you are releasing your first audiobook, it might make sense to choose a narrator with a built-in audience of his or her own, to help bring attention to your book.

Or maybe, if you want to take a risk on an unknown, you might end up discovering the next big star, and that would be pretty awesome, too. Wouldn’t it be cool to the breakout book for a gifted narrator who goes on to be a superstar in the audiobook world?

At the end of the day, as an independent author, it’s your decision to make, and take pleasure in the fact that you have complete creative control to choose the perfect voice for your book. Whichever way you decide to go, have fun and enjoy the process.