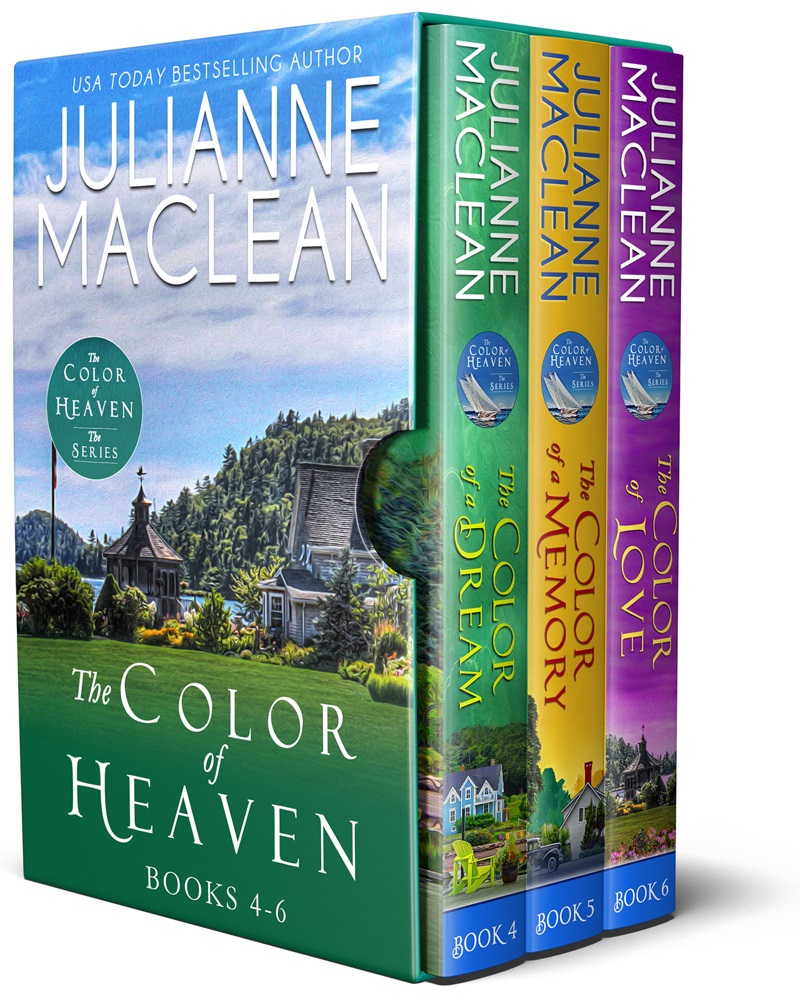 THE COLOR OF A DREAM

Nadia Carmichael has had a lifelong run of bad luck.  It begins on the day she is born, when she is separated from her identical twin sister and put up for adoption. Twenty-seven years later, not long after she is finally reunited with her twin and is expecting her first child, Nadia falls victim to a mysterious virus and requires a heart transplant.

Now recovering from the surgery with a new heart, Nadia is haunted by a recurring dream that sets her on a path to discover the identity of her donor.  Her efforts are thwarted, however, when the father of her baby returns to wreak havoc on her life.  It’s not until Nadia meets his estranged brother Jesse – a heroic rescue helicopter pilot – that she begins to explore the true nature of her dreams, and discover what her new heart truly wants…

THE COLOR OF A MEMORY

Audrey Fitzgerald believed she was married to the perfect man – a heroic firefighter who saved lives, even beyond his own death. But a year after losing him she meets a mysterious woman who has some unexplained connection to her husband….

Soon Audrey discovers that her husband was keeping secrets, and she feels compelled to dig into his past. Little does she know, this journey of discovery will lead her down a new path to the future – a future she never dared to imagine.

THE COLOR OF LOVE

Carla Matthews is a single mother struggling to make ends meet and give her daughter Kaleigh a decent upbringing.  When Kaleigh’s absent father Seth—a famous alpine climber who never wanted to be tied down—begs for a second chance at fatherhood, Carla is hesitant because she doesn’t want to pin her hopes on a man who is always seeking another mountain to scale. A man who was never willing to stay put in one place and raise a family.

But when Seth’s plane goes missing after a crash landing in the harsh Canadian wilderness, Carla must wait for news…  Is he dead or alive? Will the wreckage ever be found?

One year later, after having given up all hope, Carla receives a phone call that shocks her to her core. A man has been found, half-dead, floating on an iceberg in the North Atlantic, uttering her name.  Is this Seth? And is it possible that he will come home to her and Kaleigh at last, and be the man she always dreamed he would be?

"Full of high emotional moments and unexpected twists and turns, these Color of Heaven books are impossible to put down."